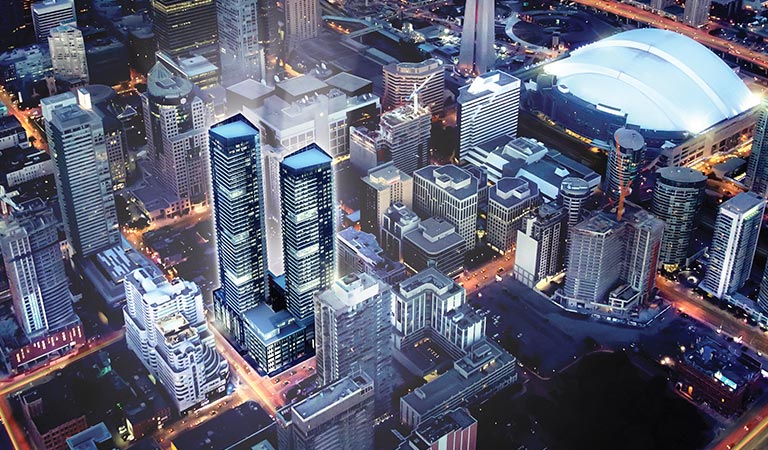 King Blue by Greenland consist of two buildings with 48-storey tower and 44-storey towers, will integrate two facades of the historic Westinghouse factory building which has stand at the corner since 1927 into the podium at the base of the development., set the sense of history and modern elements in king blue condos will become a prominent landmark in Toronto’s entertainment district 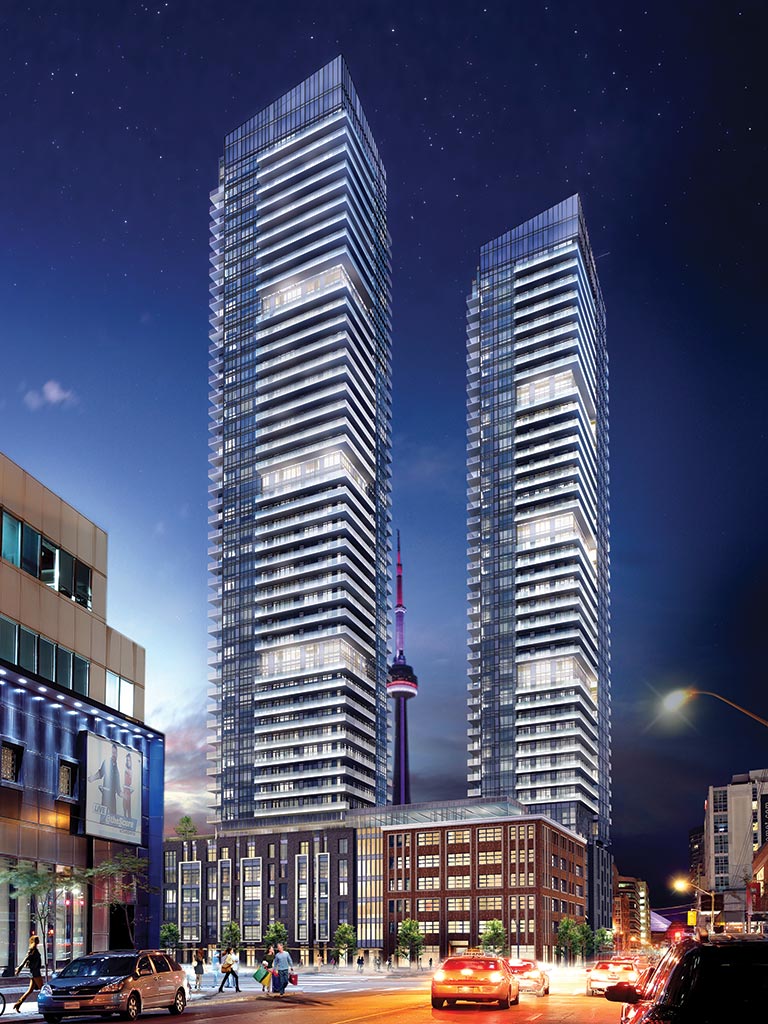 King Blue by Greenland has a Walk Score of 100 out of 100.King Blue by Greenland is a Walker’s Paradise daily errands do not require a car. Steps to St Andrew subway station, Rogers Centre, CN Tower, the PATH, close to the five largest banks building,The Hockey Hall of Fame, BCE shopping plaza, Hyatt Regency and Toronto Stock Exchange just across the street, the annual TIFF (Toronto International Film Festival) are held nearby here.surrounded by chic restaurants, galleries, fashion boutiques,King Blue by Greenland delivers the ultimate in style, sophistication, luxury, and amenities, all within an exquisite urban environment.

ABOUT THE BUILDER GREENLAND GROUP

In 2014, Greenland Group rated 268th in the Fortune Global 500 list among Top 500 China Enterprises, up 91 places from its ranking in 2013.The developer has a knack for leading the way on major redevelopment projects,,and are now thought about the leading developer of ultra-high-rises in China. There are currently 23 ultra-high-rise structures completed or incomplete by Greenland, four which are amongst the top 10 highest buildings in the world. Among the 23 ultra-high-rises are a structure in each of London, England and also Sydney, Australia.

“Greenland is committed to the highest standards of quality and customer service, an approach that will continue to guide our development work as we see this incredible live-work-play community through to completion” .  ——–  Greenland Group (Canada) President Henry Cao